I will be the first to admit that until about a week ago, I really knew nothing about Pokémon other than the absolute basics. I never was much into the card game though I totally rocked it on my GameBoy (I might be old). Love em or hate em, those adorable little creatures are back with a vengeance! 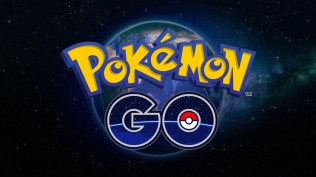 urs of launching, Pokémon Go became the most popular gaming app, beating out Candy Crush by an impressive margin.

The game was released to mixed, overall, reviews due to constant app crashes and server issues. The app seems to be stabilizing and I have a feeling a good chunk of the problems were due to the insane and instant popularity.

The game is a location-based augmented reality game that allows users to hunt and capture Pokémon in the real world.

Pokémon Go has had some amazing, unexpected benefits that I think are important to know about before I get into the nitty gritty of it all.

Physical Health: In order the catch Pokémon you have to get out into the real world. As a result people are out and about a lot more. I’m an active person already but the game has definitely added to that. In addition having to get out of the house to catch Pokémon, the game requires you to be moving to perform actions like hatching captured Pokémon eggs and earning badges.

People Are Exploring Their World: Within the game are places called PokéStops where 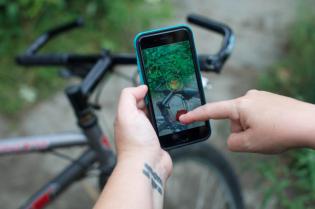 players can earn items  required for capturing and caring for their Pokémon. These stops are centered around landmarks such as art instillations and historical points. Not only are people getting out of the house but they are also exploring the world a bit more closely than before. When I was playing with a friend we decided to go for a morning walk before going to breakfast to catch some Pokémon. We ended up discovering an amazing bakery and opted for breakfast there over heading to Starbucks.

Community Impact: People have become social again! I grew up in a small town where people always said “howdy” when they passed you in the street. This mentality seems to have waned with the advent of social media an mobile devices. No one really talks to each other anymore.  Pokémon Go has changed that. While playing my friend and I encountered groups of kids who were more than happy to chat and share tips and good spots to catch some Pokémon. It was a welcome change from everyone just ignoring each other.

Cultural Impact: With PokéStops being located at places of cultural significance, places like museums have seen increased attendance since the game has launched. Many businesses have embraced this by placing “lures” (more on those in a bit) at the Stops to drive even more people to them.  Charitable organizations have gotten in on the actions by asking players to walk shelter dogs while playing adding a benefit to the player and the animal. 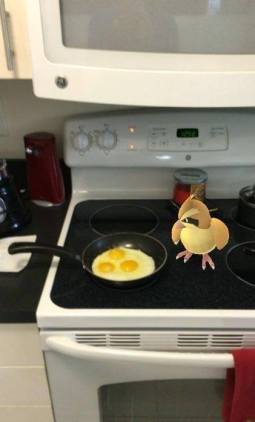 Mental Health: With people being forced to get up and out of the house to play, many have seen a positive impact on mental health especially for those dealing with depression and social anxiety.  According to Kashmira Gander of The Independent, the social nature of the game provides easy avenues for those with social anxiety to interact with people of all backgrounds. Numerous players also reported increased motivation to exercise and improved moods. Dr. John Grohol, founder of Psych Central, stated that Pokémon Go was unique in the magnitude of people “expressing the benefits of playing video games to their real-world mental health status”. According to Grohol, the game facilitates exercise and creates a “strong reinforcement for people to go out and become more active” He also attributed the premise of the game, social interaction and fun rather than for exercise, as a key factor in its success.

With all that in mind there are some key things parents should know and be aware of before they send their kids out to catch ’em all.

Hidden and Not So Hidden Costs: While the game itself is free, there is the ability for in-app purchases so parents should be aware and set up restrictions on your child’s phone to prevent unauthorized purchases.  Additionally, the game depends and operates on constant location tracking which requires the use of your phone’s data. Be sure to monitor your child’s data usage or look at upgrading your plan to avoid overage charges.

Stranger Danger:  While it’s great that communities are coming together and people are chatting with one another, there is a danger in that as well. Encourage kids to Poke hunt in groups and avoid going into unfamiliar areas. Each PokéStop and Gym require you to be nearby and this can draw people from all walks. Be sure to set up guidelines for your kids when it comes to talking to strangers as well as curfews to help avoid issues.

Pay Attention to Your Surroundings: A downside of the game is that you need to be paying attention to your screen and this can lead to some major problems. While it’s hard 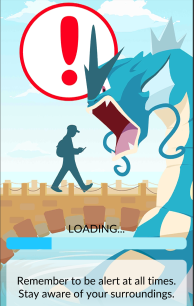 to sort myth from reality, there are many stories of people getting injured while playing the game. From walking into objects or, worse, into traffic, there are dangers out there.

Don’t Hunt and Drive: For teenagers, be sure to reiterate the importance of keeping the phone off while driving. No fictional creature is worth getting into an accident.

Be Respectful: The game is designed for Pokémon to spawn anywhere in the world but that doesn’t mean that we should be pulling out our phones every second of the day.  I’m personally hoping the games geofences areas like cemeteries, the Holocaust Museum , etc, places where people have, thoughtlessly, disturbed the solemn nature of the memorials looking for Pokémon.

Don’t Trespass: It’s important to be sure not to enter places that you shouldn’t be going for the sake of finding Pokémon. Remind kids to respect other people’s property and places that are off-limits.

All said and done, I see no big fault in the app aside from some safety concerns mentioned above. While many people have taken to hating on the game, I think it has been a welcome distraction from the current state of the world. People of all ages have taken to hunting Pokémon and it’s something that’s made them happy, gotten them out exercising and socializing.

Let’s get out there and be happy!

3 thoughts on “What Parents Should Know About Pokémon Go”