One of the last things I talk about with my student audiences during my presentation is the idea that jokes and sarcasm don’t translate very well into the online world. When I make a joke in person- you can see my face, hear the tone of my voice and you have a pretty good idea that I’m just joking around. Take that same joke online and it might be taken the wrong way.

Justin Carter, 19, of Texas is learning that lesson the hardest way possible. 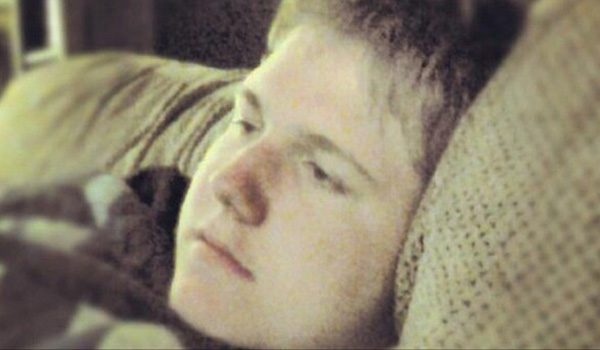 On February 20th of this year, Carter was arrested at work after police received an anonymous tip about something he had posted on Facebook. That post, in response to someone in an online game calling him ‘messed up in the head’ read, “”I think Ima shoot up a kindergarten / And watch the blood of the innocent rain down/ And eat the beating heart of one of them.” He supposedly followed this comment with LOL (laughing out loud) and JK (just kidding).

He is now being charged with making a terroristic threat. His trial was set to begin July 1st.

Carter is being held on $500,000 bail and, according to an interview by his father on NPR, he is getting beat up and is now on suicide watch.  “Without getting into the really nasty details, he’s had concussions, black eyes, moved four times from base for his own protection,” says Carter’s father, Jack. “He’s been put in solitary confinement, nude, for days on end because he’s depressed. All of this is extremely traumatic to this kid. This is a horrible experience.”

I think NPR reporter Elise Hu says it best at the end of the broadcast that this is a “painful reminder of how online comments can have real life consequences.”

I’m frankly shocked by the authorities in this situation. While I can see how this is a fantastic opportunity to teach someone a lesson, I think it’s gone way too far.

In the wake of the tragedy at Sandy Hook Elementary this past winter and the fact that Justin’s family lived close to an elementary school, I can see how someone would take that comment to the authorities. I can understand Carter’s arrest.

I feel a more appropriate course of action would have been to sentence him to a month of jail time, probation and community service. I would want him to travel to local schools are a part of this service and talk about how his is an example of how online comments can have real world consequences. I would want him to learn and grow from this.

I would be very interested to hear what others think of this story. Please share your thoughts in the comments section.